The greatest environmental problem facing the peoples of the world today is not Climate Change.

For many people in Nations from the USA to Africa, by far the greatest problem is the supply of fresh drinking water. Lack of clean fresh water and sanitation causes many preventable diseases that ruin the health and lives of many children and adults. Diseases such as cholera and malaria are plagues that have been with us since ancient times and still cause countless tragedies in our modern world.

The ancient Romans provided Rome and other cities with huge supplies of clean water for drinking, public baths, sanitation and powering mills, it enabled a rapid growth of a healthy population that expanded to build a huge Empire that became the foundation of western civilization today.

The Source of Trajan’s Aqueduct from MEON HDTV PRODUCTIONS on Vimeo. 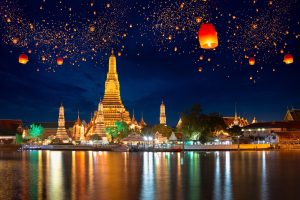